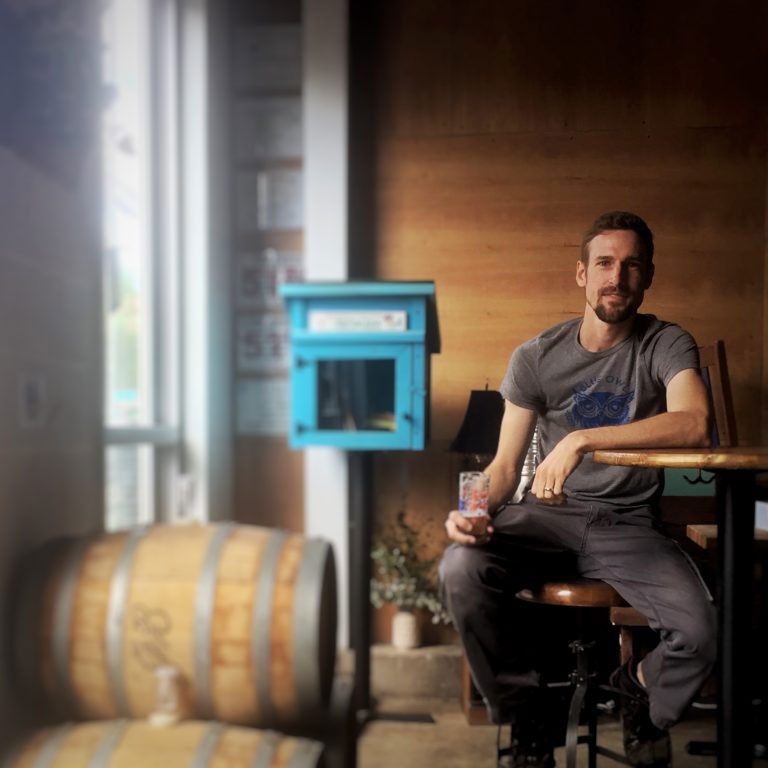 Blue Owl Brewing’s Tiny Barrel Program began more than a year ago with three discarded 13-gallon Garrison Brothers whiskey barrels. Currently, we’ve got about 250 gallons of barrel-aged beer at any given time, which is “tiny” compared to most barrel programs.

With a program of this size, we are limited in our ability to blend barrels. Blending, an art form in and of itself, allows the blender the ability to temper the distinct character of each barrel to produce a product whose sum is greater than its parts. In our case, we only get one shot. This puts a lot of pressure on us, but also on the yeast to perform. Stressful but exciting stuff.

Over the past year, our barrels have begun to hit their stride. The mixed culture of wild and domesticated microorganisms native to our barrels have developed to the point where we can fully relinquish control and let the barrels direct the course.

Leading the charge on these small-volume experiments, I am happy to announce Wild Boss—the first beer to make it through our 100% wild barrel-fermented program. Fermented entirely in oak, this version of Little Boss has been exposed to two wild cultures: one found on grain through our normal souring process, and one native to our barrels.

With successive fills, the extraction of the prior wine or spirit from a barrel will diminish, resulting in a “neutral” character. This natural progression, while free of the accents of that wine or spirit, allows the native microorganisms to take center stage, providing nuanced aromatics that augment the base beer. A relationship is formed between brewer and barrel with the various microorganisms directing the beer’s course.

With our most recent (and most exciting) process, we have released control to the barrel and the bugs within. Instead of sending the freshly boiled and chilled wort to a stainless steel fermenter, we sent the wort to one of our neutral oak barrels after a quick rinse of the prior beer. The only steel this beer touches is a keg on its way to the tap wall.

AND RELEASED INTO THE WILD

This beer spent five months in our three founding Garrison Brothers neutral oak barrels before being kegged and carbonated. It’s spicy, earthy, funky, and truly unique. I have long been eager to ferment one of our beers entirely on oak, and I am truly proud of the results. I want to give a special thank you to Jeff and Suzy for encouraging us to try new things and test out theories along the way.

See you in the taproom.