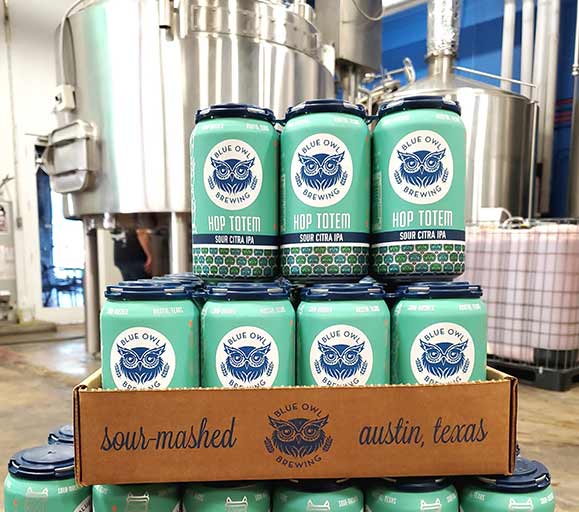 I’ve always been of the opinion that the bulk of the credit of a good hoppy beer has to go to the hop farmer. To some degree, it’s just up to the brewer to not ruin what the farmer has spent decades perfecting and delivering. If anything, the brewer’s main task for an IPA is providing a stage and backdrop for which the star – hops – can perform. Until recently, that stage has been largely held up by the balance of sweetness and bitterness, and the backdrop has been subtle malt flavors. At Blue Owl, we’re excited to be a part of adding another flavor dimension to balance: sourness.

Bitter, sweet, and sour (and also saltiness, but that’s for another blog). The “Peculiar Triangle.” Sweet balances bitter, sweet balances sour, and sweetness is the element that forces the bitter and sour to play well together. Think of a grapefruit (which is a common descriptor for NW US hops). Bitterness, acidity, and sweetness are all critical elements for showcasing the aromatic and flavorful oils. If you’re making a hop-forward beer with big grapefruit aromas, it makes perfect sense (and maybe even more sense) to have some acidity in the beer to further enhance the citrus!

Sour IPAs are a natural and exciting evolution of hop-forward beers. Take a hop that’s high in tropical fruit flavors like the pineapple/mango of Citra. Tropical fruit juices are naturally acidic–shouldn’t the beer that showcases it also be?! At Blue Owl Brewing, we’ve spent 2018 exploring the combination of hops and sourness. Here’s a recap:

Can’t Quit You III: A collaboration beer with Black Star Co-op where we made a Sour NEIPA that was high in acidity (~95 SUs), low in bitterness, and tasted basically like tropical fruit juice. 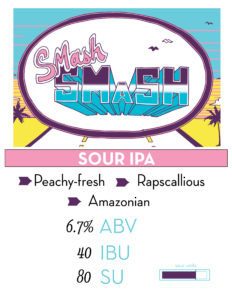 Hop Totem: A more “classic” sour IPA, Hop Totem uses a blend of malts and hops to span a spectrum of citrusy and fruity flavors more in line with classic Pacific NW hops and IPAs. 60 SUs, 40 BUs, and a sturdy malt sweetness gives the Peculiar Triangle of this beer a truly balanced finish. 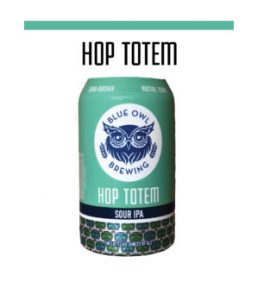 When trying one of our sour IPAs, or any brewery’s hop-forward sour beer for that matter, think about how they balanced the Peculiar Triangle. Think about how the acidity might express certain elements of the hop character or balance other elements of the beer. Is it even juicier? Is it more bitter-grapefruit, or perhaps like a floral, earthy wine? No matter how the brewer spins it, even in a sour IPA, the hops are still the star of the show!

Come by and try one of our sour IPAs, or look for them around town all summer.