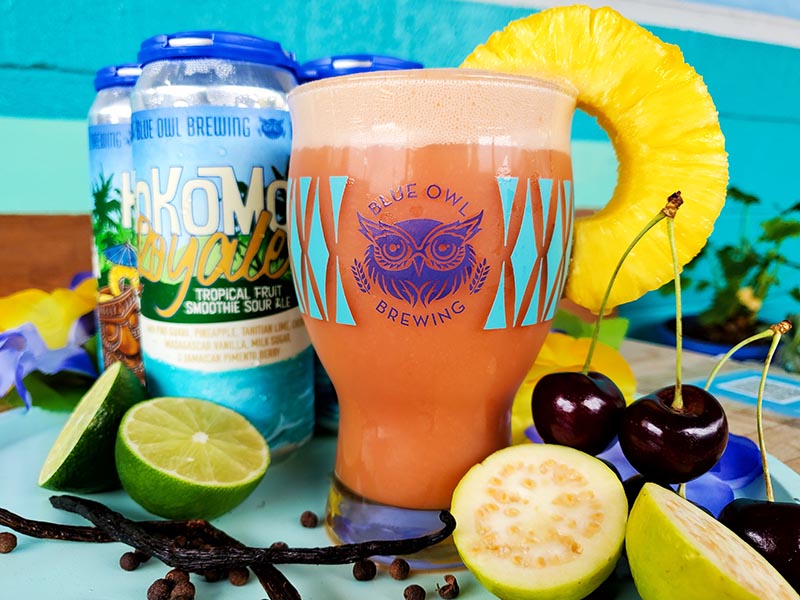 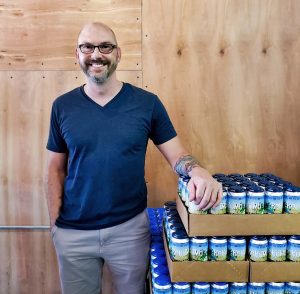 With two sour smoothie beers under our belts now, we’re starting to get an idea of how we interpret this new fad and most importantly, what we are trying to accomplish.  As brewers, we typically try to have a concrete target of what we want the final beer to taste, look, smell, and feel like.  Our prowess is then judged (internally) by how close to the bullseye we can get using the tools of the trade.  Even after that, our intentions are judged (externally) by if anyone likes what we brewed.
I believe smoothie-style beers have two main features: big fruit flavor and mouthfeel.  There’s maybe a third feature of sourness, but I’m not sure that’s obligatory yet in the style…it just really helps accentuate the fruit.  However, the fruit added most likely has a fair amount of acidity in it, to begin with. Generally speaking, the more fruit you add to a beer, the more fruit flavor potential it has.  One of the issues brewers (used to) have is the desire to get more fruit flavor but not have a viscous, super hazy finished beer.  Brewers even used enzymes to break down the main culprit of this thickening, called pectin.  But just like the haze-craze for IPAs transformed what people desire to drink (and brew), the smoothie craze is redefining what a fruit beer can be.
Adding a crazy amount of fruit to beer, usually in the form of purees, satisfies both the big fruit flavor and also thickens the beer with soluble pectins and even leaves behind a lot of solids from the fruit that sink to the bottom of the can and stick to the side of the glass.  You may have even seen pictures from beer fans of glasses full of what looks like just chunks of fruit floating over a thin layer of beer.

The simplest form of these styles is when brewers simply mix pureed fruit when they a finished beer.  The pros of this method are that with very high additions of mushed fruit, you get a lot of flavors.  I think it’s debatable how “fresh” it tastes because purees are processed by outside companies and the quality of the finished beer is so married to the quality of the fruit and puree process.  Additionally, the high levels of “solids” in the puree give the beer the sensation of drinking a thick, pulpy, fruit smoothie — hence the name.  The cons of this method include, and this is a big one, refermentation in the finished container.  With all the fruit sugars introduced into the mix as well as yeast still in the beer, it’s only a matter of time and temperature to see when the can will explode or the keg will over-carbonate.  It’s a real problem and there are a lot of industry folks that think this is dangerous and irresponsible of the brewer.

Blue Owl’s first two smoothie beers (StrawBerry RhuBOB and Kokomo Royale) are excellent examples of the sour smoothie beer style.  We didn’t hold back at all when it came to the question, “how much fruit should we add?”  We just put in all we could and essentially didn’t exactly know what we were going to get!  In true Blue Owl fashion, we like complexity and use blends of fruits as well as spices like vanilla and allspice to add depth to the smoothie and even give it a cocktail flare.  We ferment out all the fruit sugars from the puree so there are no issues with refermentation.  To replace some of the sweetness, we use a high amount of milk sugar.  It’s not fermentable and also adds to the creamy mouthfeel.  We’re not into chunks floating around in our beers, so we ride a thin line between a really thick, pectin-filled smoothie while leaving behind as much of the sinking solids of the fruit behind in the fermentor.  We think this is the best way to make you feel like you’re indulging in a fruit medley straight out of the blender!

Our most recent sour smoothie beer, Kokomo Royale is a Tropical Fruit Smoothie Sour Ale with pink guava, pineapple, Tahitian lime, cherry, Madagascar vanilla, milk sugar, & Jamaican pimento berry. Blended full of tropical fruits with a high ABV, this smoothie is thick and a guaranteed tropical contact high.  This sour smoothie beer is one-of-a-kind and we brewed a very limited amount. So, swing Swing by our tasting room for a pour and a four-pack to-go, we’d love to know what you think!