Heading into 2023, it seemed like a good time to reflect and get ready for what’s to come. And, with plenty of beers to choose from, sour and non-sour alike, we asked the Blue Owl gang which they enjoyed most during 2022!

What would you like to drink this coming year?

Our production team has been hard at work brewing up some new ideas for 2023, and we want your opinion! Swing by Friday(January 20th) through Sunday (January 22nd) to try a flight of new test beers and tell us your favorite! Your input will help shape how we brew these new beers, so you know it’s likely to be something you’ll enjoy! More info here on our weekend Test Batch Flight, available January 20th – January 22nd.

Now, onto the list of Blue Owl Brewing’s favorite beers from 2022!

Sean Collins | Brewer/Production
Favorite Beer: Bob’s Fine Pilsner
“In my own humble opinion, I think our continual work on the Bob’s Fine Pilsner – in tweaking the recipe slowly, bit by bit, with input from everyone – has been a great success. And not only have our versions of the beer gotten steadily better, we’ve also integrated the brewing of Bob’s into other beers too – using it as a source of yeast for other beers, which is something we can’t typically do. In some small way, this means the Pilsner has been a part of other beers we make too.”

Elsie Geer | Design/Marketing
Favorite Beer: Stellar Haze and Bob’s Great Porter
“2022 started and ended with two of my favorite brews! Not only were they my favorite beers to drink but I also enjoy designing the packaging and creating the marketing for these two the most.”

Cole McDonnell | Sales
Favorite Beer: Bob’s Fine Pilsner and Bob’s Great Porter
“The crispy shimmer of the Pilsner pairs so well on the side with foods like pizza, pasta, popcorn, or even a salad- and believe me, I’ve tried all these combos. I’ve also learned to use the Porter when baking peanut butter blossoms & chocolate chip cookies. The Porter is delicious in the -2 degree weather in Pennsylvania, or on a warm night in Austin- makes no difference to me! Our new Bob’s non-sour line is amazing and I congratulate our team for taking the step to welcome every style under one roof. Well done y’all!”

Danny Ochoa | Brewer/Production
Favorite Beer: Bobtoberfest and FestBeer
“I’ve been wanting to brew an Octoberfest style here for ages now, and the year we finally did it, we made two. One of which was the featured beer at Texas Craft Brewers Fest.  I especially enjoyed collaborating with Hold Out and the Guild with that one. Both our Festbeer and our Bobtoberfest Marzen were such a joy to create, from start to finish. Also, the can designs were spectacular, in my opinion! I can’t wait to brew them again next year!”

Brien Sublette | Production
Favorite Beer: Plum de Plume
“Plum de Plume is my personal favorite of the fruited sours. It has a round “Tang” that I love so much. I always recommend it. Bob’s Fine Pilsner is kind of perfect, it’s always interesting to see it evolve and perfect. The Mexican Martini Hard Seltzer is so fun and funky, unique and fun.”

Suzy Shaffer | Co-Owner/Business Operations
Favorite Beer: Double Dapper Devil
“It’s a sentimental beer for me because Dapper Devil was the first seasonal ale we brewed and we used Maybelle, my Italian Greyhound as the mascot. Double Dapper Devil is a higher abv(12%) and even more delicious, for me it hits between a wine and a beer, which I both love.”

Jane Taype | Taproom
Favorite Beer: ¡Limetastico!
“It is my go-to pool beer or day off beer. A delicious taste of fresh lime that just resonates as I relax!” 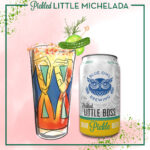 Vanessa Venenosa | Tasting Room Manager
Favorite Beer: Pickled Little Boss – Sour Pickle Beer
“One of my favorite beer cocktails has always been a spicy michelada, it’s the perfect go-to hangover cure and poolside bev.  ¡Limetastico! has been my tried and true beer of choice for crafting the perfect michi, but this year with the release of Pickled Little Boss I have a new fav. All the flavors of a fresh pickling brine complement and complete the cocktail perfectly. It’s a surprisingly refreshing easy drinker and definitely one of the best pickle beers I’ve had.”

Jeff Young | Co-Owner/Executive Brewer
Favorite Beer: Pickled Little Boss – Sour Pickle Beer
“Weirdly enough, I’d have to say the Pickled Little Boss was the most fun to design and brew.  I can’t say I love pickle beers, but the challenge of combining the dill herbs, salt, vinegar, and cucumber was really rewarding when it turned out so nice and balanced!”

Swing by our Sour Sanctuary and try some of these fan favorites while supplies last! 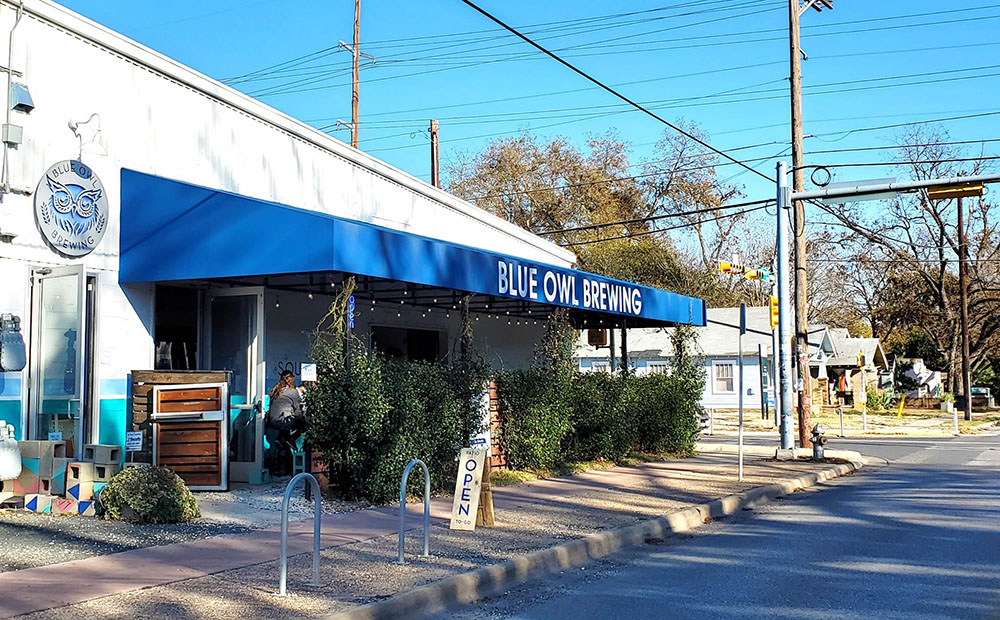