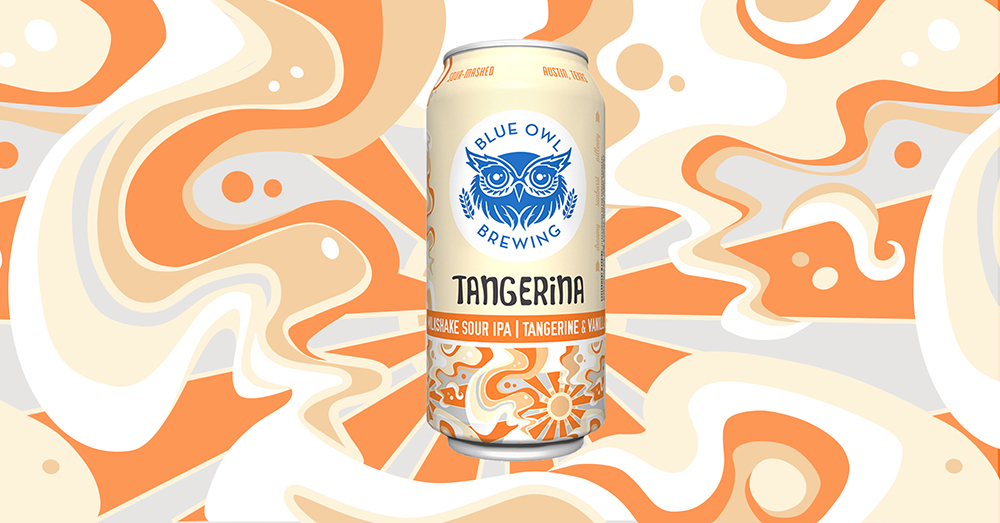 Drift Into Your Dreams.

Drift into your dreams with this pillowy milkshake sour IPA. Tangerine and Madagascar vanilla create a sunburst of flavor, alongside Lotus and Mandarina Bavaria hops.

Intended uses: Daydreams while basking in the sunshine

From Jeff on the design of the beer: 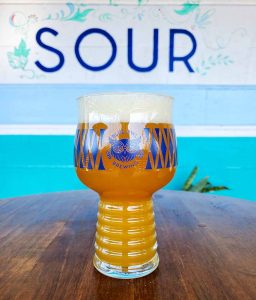 Following the success of the magical combination that worked so well in Tiki Hop Totem, we decided to explore more of the sour/bright and creamy/smooth flavors that is a “Milkshake Sour IPA.”  In this round, Tangerina uses the citrus/vanilla flavors of the new Lotus hop and the straight-up tangerine character from Mandarina Bavaria hops to form a hoppy canvass for generous additions of bright tangerine and smooth, rich Madagascar vanilla.  All of this is held up and enriched by the interplay between the sourness from our sour-mashing and the smooth, sweetness from a moderate milk sugar addition.  Tangerina floats you down a dreamy, meandering river of richness under the bright rays of an ever-setting puffy cloud covered sun….ahhh.

From Elsie on the design of the can art: 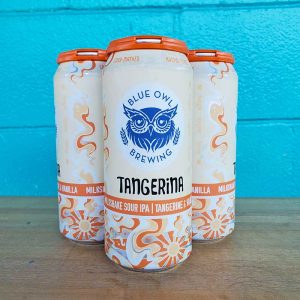 For this can design, we decided to showcase the dreamy, bright richness of Tangerina by using aspects of 60s psychedelic art. Looking through oodles of psychedelic poster art, the creation of a cheerful, dream-like setting using kaleidoscopic swirls and sunbursts began to take shape. The design repeats, wrapping around the base of the can creating a pattern that then swiftly billows up the beer cans spine. Soft oranges paired with luscious cream and white palette were chosen to best depict the ingredients of the sour beer: tangerine, vanilla, and milk sugar. Lastly, for the poster art, a sun surrounded by creamy clouds that lay a soft bed for the beer name is an elaborated version of the beer can design.

The artwork, as a whole, is an experience of delight and comfort, corresponding playfully with the sour beer itself.

See if you’re area is available for delivery via Bevv!