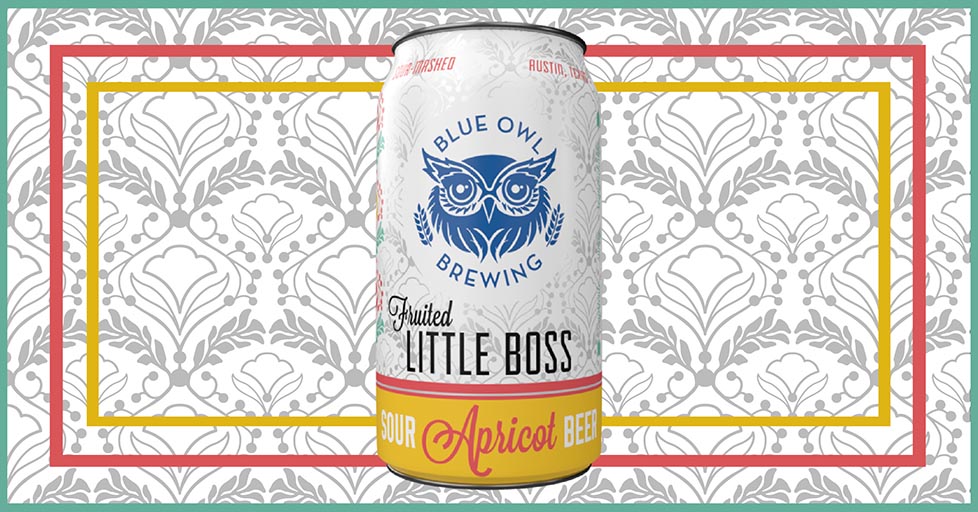 Why mess with a good thing?  So it can be a gooder thing!  We’ve brewed a new series called Fruited Little Boss where we will be rotating different fruits into our beloved Little Boss recipe.

Blue Owl started brewing Little Boss in 2015 as part of our core initial release beers and has made 90 batches, 83,700 gallons, or 892,800 cans since then.  Our Berliner-Weisse-that’s-not-a-Berliner-Weisse showcases the “flavor” of our souring process simply because it is clean and has nothing to hide behind.  It’s like the pilsner of sour beers.  You can tell a lot about a sour brewery just from their Berliner Weisse.  However, we never called it a Berliner Weisse in the hopes that “sour session wheat beer” would be more descriptive.

Over the years, there’s been no denying that fruited sours have been some of our most popular types of sour beer.  Dapper Devil, Jubilberry, Professor Black, and Plum de Plume (just to name a few) regularly sell out quickly and are highly regarded.  So it’s a bit of a no-brainer to make a fruited version of Little Boss.  But to what end…?

The goal for Fruited Little Boss is to achieve a light-to-medium fruit character in a clean, bright sour/tart base beer.  Refreshing, fun, and dependent heavily on the fruit we add, these beers will be a fun twist.  We haven’t worked out all the fruit styles yet, but we’re looking at apricot, huckleberry, black cherry, and maybe even pickle.  The one drawback is that fruit is especially expensive right now (kinda like everything else, right?).  However, we plan on keeping the prices the same though…in hopes of creating more value for you sour-heads that enjoy a solid, everyday kind of sour beer. What other kinds of fruited versions would you like to see?

Join us in welcoming the first, in a series of many, Fruited Little Boss – Sour Apricot Beer.

Intended uses: To “fancify” the Little things in life.