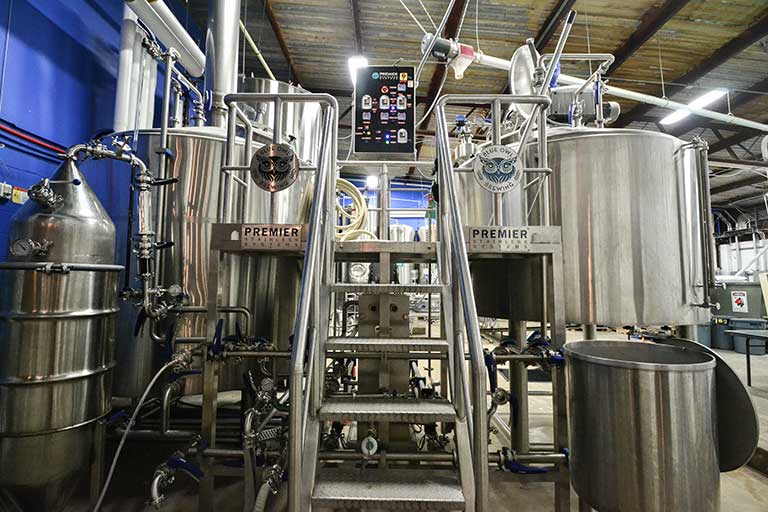 HOW WE DEFINE OUR SOUR BEERS

Trying to define “sour beers” is both a hot topic and perhaps even a fool’s errand. There’s not even much agreement among brewers themselves, and that can lead consumers to feel a bit confused, or worse, misled.

As a brewery that defines its product as “sour-mashed beers,” Blue Owl Brewing is affected by the industry rhetoric surrounding sour beers as well as consumers’ understanding of what it all means. We want our consumers to know how our beers are made and to put a reasonable and relevant level of value on what we’re doing—no more, no less.

To that end, we want to contribute to the effort to define sour beers with some sort of system that, even if it’s imperfect, can help explain the various methods we and other breweries use to produce sour beer. 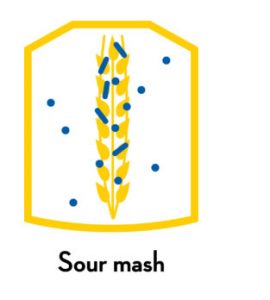 Sour-mashing is a pre-fermentation, wort-souring method where natural bacterial cultures from grain produce a clean, yet flavorful level of acidity. We draw a distinction between wort-souring naturally from a wild source as we do at Blue Owl, and wort-souring using pure cultures from a lab, which we call kettle souring.

This method leads to recognizable styles that incorporate acidity to produce an experience that is new but retains the flavors of the original style. One of our flagships, Spirit Animal is a sour American pale ale, which means we combine a smooth level of sourness into a hoppy, clean beer that still has a sturdy malt backbone with stylistically accurate levels of bitterness and residual sweetness. It’s a refreshing lawnmower beer for people that like a little tartness and big grapefruit hoppiness, and it comes in a $10 six-pack of cans. Our other core beers are also recognizable styles – wheat, red and even cherry stout – with added acidity from the sour-mashing process. 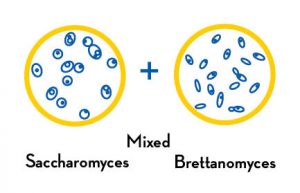 After souring, classic brewers’ yeast produces a different flavor profile than it would without having acidity in the wort. But occasionally we go further than using typical saccharomyces yeast. For example, Saison Puede, a farmhouse-style ale, uses a wild yeast strain (Brettanomyces) in a mixed-fermentation to add some mild funkiness to the tart Saison for added complexity. 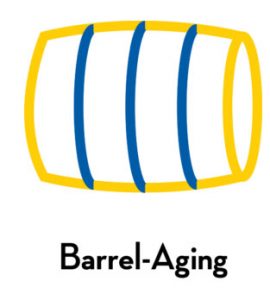 Many are familiar with aging beers in a particular spirit style to add barrel flavor. We make a version of Admiral Gravitas, our sour Imperial oatmeal stout, that is sour-mashed to 81 SUs, fermented with saccharomyces, and then put in a whiskey barrel to further age the sour beer and add whiskey (but not funk) character. We call it Lord Admiral Gravitas. 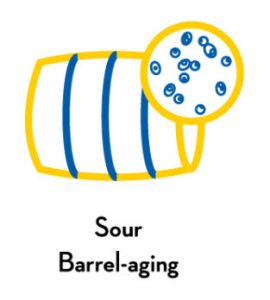 Sour barrel aging is a post-fermentation process that uses bacteria and Brettanomyces to add acidity and funkiness (spicey, earthy, horsey, fruity), as well as further age a beer. This spring we’re placing a portion of Saison Puede in wine barrels with various cultures to continue sour barrel aging the beer before it’s released in the fall. We’ll add fresh grape pomace to further enhance the flavor.

Perhaps our most unusual (and least controlled) use of alternative brewing techniques is employed on beers named Wild Boss and Wild Animal. Wild Boss is a sour-mashed beer fermented 100% wildly by simply dumping the soured wort into a barrel that has a native, wild culture of yeast and bacteria, and then aging it in the barrels. The acidity produced in the sour mash protects the beer from harmful bacteria and allows any wild yeast present in the barrels to slowly ferment. The result is a truly unique, complex, refreshing, tart, funky beer.

So what will this look like in real life when you come to try a new beer? This fall, we’ll release Saison Puede as a collaboration with The Infinite Monkey Theorem Winery. You could read on our website that it’s a farmhouse-style ale sour-mashed to 45 SUs, inoculated with a mixed fermentation, and sour-barrel-aged in cabernet wine barrels with freshly pressed red grape pomace.

Or, you could just check out these icons next to the name and get an idea of what you’re getting into:

And a third, equally viable option is just to order a delicious Saison and enjoy it without thinking one bit about how it was made!

So where does this leave us in terms of trying to define our beers and inform our customers on the various efforts and techniques used to produce the beer they’re enjoying? Hopefully, it leaves us with some common terminology that makes it all this science a bit easier to digest. And like I said, we know this isn’t a perfect system. We simply want to help move the conversation forward. I look forward to continuing that conversation with you.

For More info on our souring process, check out this podcast episode from The Brüh Lab with special guest, Jeff Young!